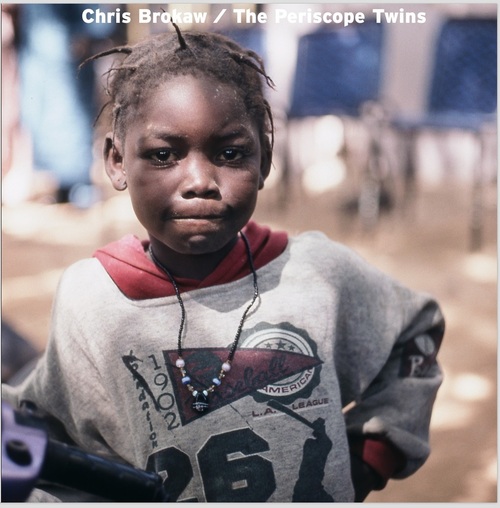 The cover image of Chris' 2015 double LP "The Periscope Twins" was taken by Chris in Bamako, Mali. Read about the album here.

CHRIS BROKAW SOLO: SPAIN
Jan 13 - Jan 30 2015
I am thrilled to announce my first major solo tour of SPAIN in quite some time, and probably my most extensive to date. This comes right with the release of my new double album on 12XU, "THE PERISCOPE TWINS"; the dates are as such:

March 11 -- Chris Brokaw Solo Electric
Brooklyn, NY, at Secret Project Robot, DUO WITH KID MILLIONS + special guests. Chris writes: Mr. Millions and I have been discussing and plotting this thing for a while and this will be our first public performance. Many cool guests TBA.

March 23 -- Chris Brokaw Solo
Seattle, WA, at The Triple Door, w/KRISTIN HERSH; Chris writes: **SEATTLE: 2 nights before the MARTHA'S VINEYARD FERRIES begin our first ever WEST COAST TOUR by laying waste to Seattle's VICTORY LOUNGE, I will play an acoustic set opening for fellow former New Englander KRISTIN HERSH at The Triple Door. Consider this the calm before the APOCALYPSE. Haven't played acoustic in Seattle in a while and psyched to do so. March 23 @ Triple Door, tix on sale now. ***

Sept 12 -- Chris Brokaw and Holly Anderson
Hudson, NY, at the Bascilica Soundscape Festival, w/WOLF EYES, PERFUME GENIUS, ETC. Read about it here. Chris and Holly collaborated on the book/CD "THE NIGHT SHE SLEPT WITH A BEAR": Holly's mesostics, poetry and flash fiction with a new score (35 tracks) by Chris. They will perform the piece in full. Available from http://www.publicationstudio.biz in hardcopy and from itunes as an app. Read the New York Times coverage of the festival


THE LEMONHEADS WEST COAST TOUR
Sept 23-27 2015
Chris will be playing guitar in The Lemonheads for a September tour on the west coast. Chris and The Lemonheads will also be traveling to the UK in October (see below).

Sept 24 -- The Lemonheads
Solana Beach, CA, at Belly Up

Sept 27 -- The Lemonheads
San Francisco, CA, at The Independent

New York Times review says: "The on-screen interpreters of Thorgerson's wry mysteries include a voluble Robert Plant, and Peter Gabriel, Damien Hirst and others from the British music and design scenes. Mr. Bogawa, himself an accomplished independent filmmaker, is perhaps the most affectionate of all, filling the screen with covers and letting us dive right in."

THE LEMONHEADS UK TOUR
Oct 1-8 2015
Chris will be playing guitar in The Lemonheads for an October tour of the UK.

Oct 2 -- The Lemonheads
Cardiff, Wales, at The Gate

Oct 7 -- The Lemonheads
Manchester, England, at The Ritz

"TAKEN BY STORM" UK THEATRICAL PREMIERE
Oct 16 2015
Barbican Centre, London
"Taken by Storm," a documentary film about the graphic designer Storm Thorgerson, comes to the Barbican Centre in London for its U.K. theatrical premiere as part of the "Sounds of London" series. Event information is here. Director Roddy Bogawa will be attending to introduce the film and discuss it afterwards. Chris co-produced the film with Bogawa and wrote the original music score.

New York Times review says: "The on-screen interpreters of Thorgerson's wry mysteries include a voluble Robert Plant, and Peter Gabriel, Damien Hirst and others from the British music and design scenes. Mr. Bogawa, himself an accomplished independent filmmaker, is perhaps the most affectionate of all, filling the screen with covers and letting us dive right in."


CHRIS BROKAW SOLO TOUR OF EUROPE
Oct 30 - Nov 20 2015
Chris writes: "I'll be touring Europe, solo electric, to present my latest double album THE PERISCOPE TWINS and lots more music besides. Anyone interested in setting up a show should please contact Jose Luis at Bornmusic.org; for Italy contact Gian Luca at Pentagon Booking. Grazie! Here's what's in place at the moment:"

Nov 21 -- Chris Brokaw Solo
Seattle, WA, at On the Boards 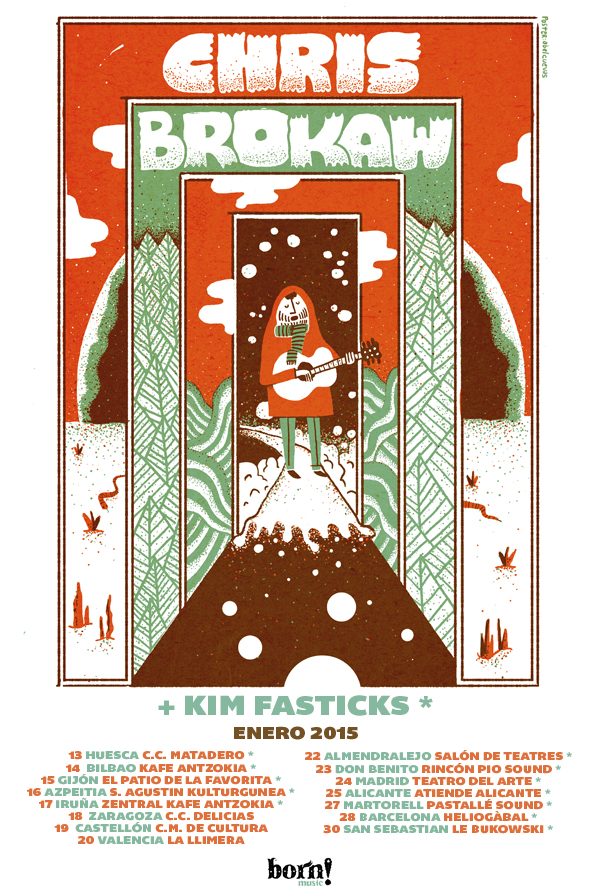 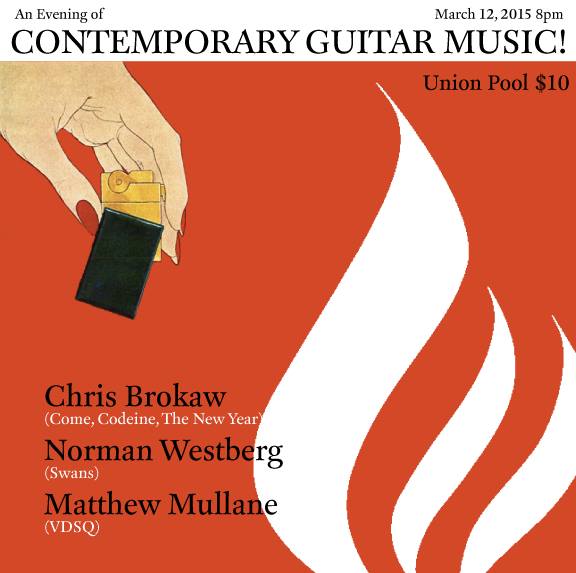 Poster for March 2015 show at Union Pool in Brooklyn, NY 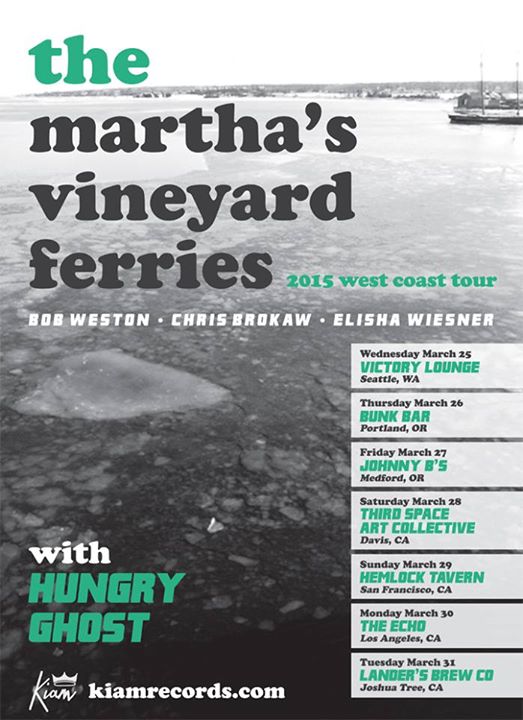 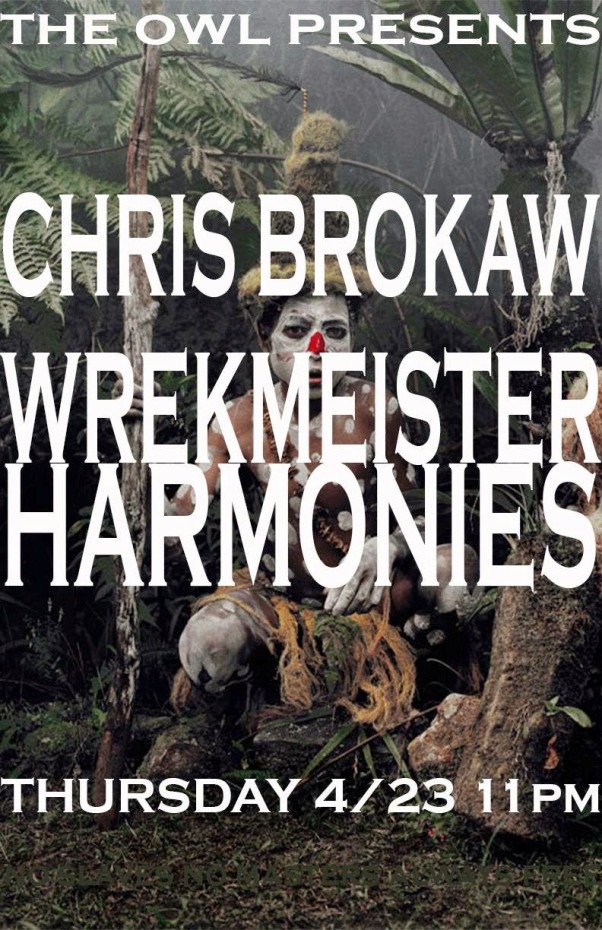 Chris has collaborated with J.R. Robinson, the mastermind behind Wrekmeister Harmonies, throughout the recent years. On this evening, Chris opened and then joined J.R. 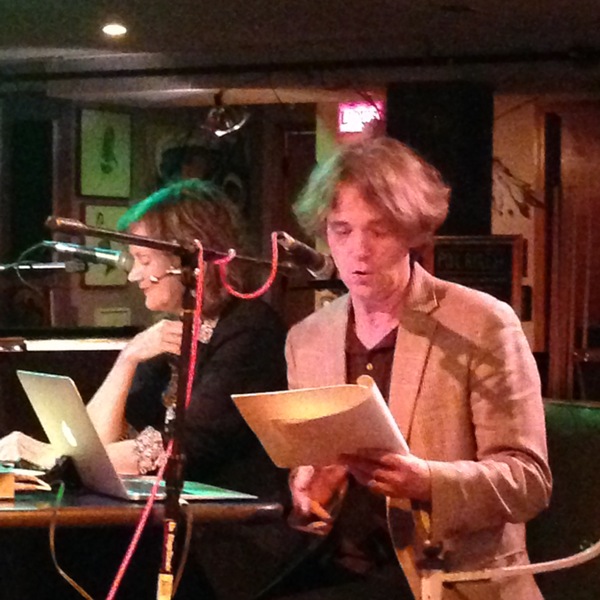 Chris and Holly Anderson presented excerpts of their book/CD "THE NIGHT SHE SLEPT WITH A BEAR" on three evenings in September 2015. This photo is from their Sept 14 reading at Cuisine en Locale. The book features Holly's mesostics, poetry and flash fiction with a new score (35 tracks) by Chris. The book is available from http://www.publicationstudio.biz in hardcopy and from itunes as an app. Holly and Chris were mentioned in the New York Times coverage of the September Bascilica Soundscape Festival. 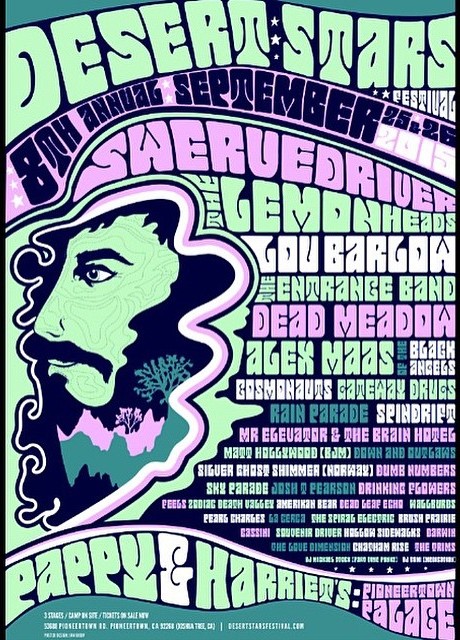 Chris toured as guitarist in the Lemonheads throughout 2015, including a U.S. West Coast tour in September and this Desert Starts festival show Sept 25 2015 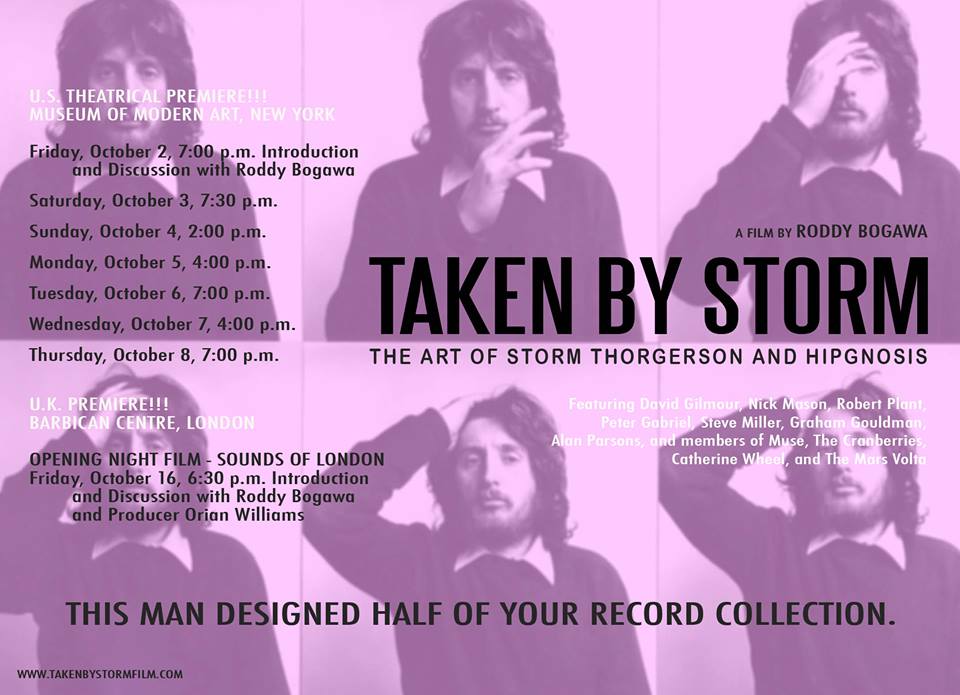 "Taken by Storm," a documentary about the graphic designer Storm Thorgerson, had its US theatrical debut at the Museum of Modern Art in NYC in October 2015. The one-week stint included an opening night discussion with director Roddy Bogawa. Chris co-produced the film with Bogawa and wrote the original music score. See this image full size here. 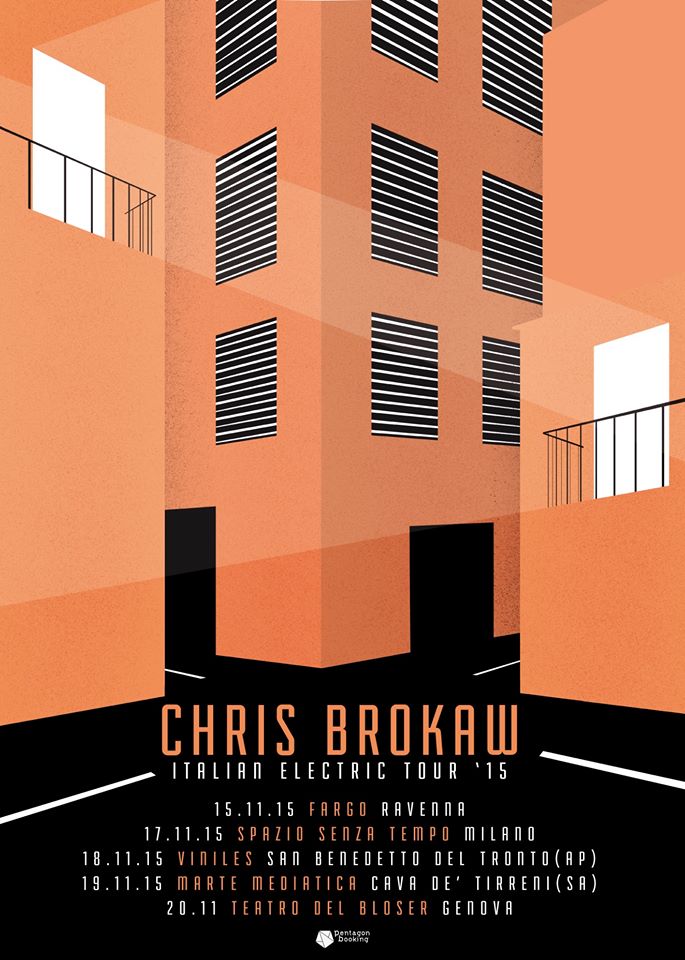 Chris had a solo tour of Europe in Oct-Nov 2015, including five dates in Italy. On Nov 19 the venue was changed to Art Cafe in Napoli. See this poster full size.